A downloadable game for Windows

Programming and development by Jonathan B. Miller.

Not a bad start, but still a long way to go! The animations, art and sound are all spot-on, but the combat doesn't work all that well yet. Mostly due to the ridiculously long recovery animation, speed and stacking of enemy attacks and the inability to dodge after being hit without any i-frames. It seems like a good start, but I think there needs to be a goal of not needing the free infinite respawn system. Looking forward to later developments!

Thank you for the review! I never expected this level of reply.

To answer a few of your concerns: the infinite respawns was purely for the sake of the prototype, which intends to focus more on the combat system, rather than reaching an ultimate goal. I see now that it backfires if you die too often, as the waves will begin to overlap onto each other, creating more enemies than anticipated. Which brings us to the biggest killjoy of your experience: The Hammerhead. A hammerhead is supposed to be an intimidating enemy, having the advantage of hitstun, where her other smaller shark companions do not. Just one of them is a threat. Two of them is a real struggle. But any more is a death sentence. Thus, there should be better measures in place to ensure their presence is limited.

One of the biggest things I've learned from your playthrough is how weak the normal attacks are. The 3 hit combo is more for flavour than practicality, in hindsight. In comparison, the heavy attack gives you the hitstun you were looking for, plus high damage and knockback. Couple this with the option to cancel the animation into a dodge to escape any danger the slow wind-up may have placed you in, and you've got a recipe to completely invalidated the 3 hit combo. That's a design flaw...

Beyond that, yes, more anticipation frames, I must agree. Also, the Tortoise's water balls do die after about 10 seconds. They're designed to be slow, low-damage annoyances that interrupt you during your fight with the sharks.

Thanks again for your feedback. It has highlighted some flaws that I could not see.

looks amazing! I hope you make more of this. do you have discord or twitter?

Thank you for the kind words. I'm glad you enjoyed it!

Yes, I have both, however, my discord is personal. Here is my twitter: https://twitter.com/JBM_ZIG. While I don't tweet much at all, I'll always answer a direct message.

Currently, we don't have plans to continue with the game right now. We're working on a new title and will release a prototype for that in a few months. At that point, depending on how we feel between the two games, we'll either circle back to Rabbit's Foot or continue fleshing out the new title. 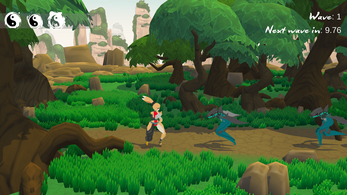 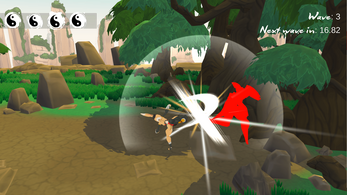 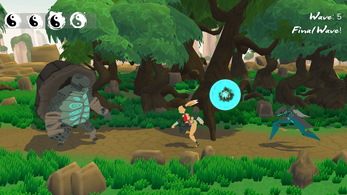